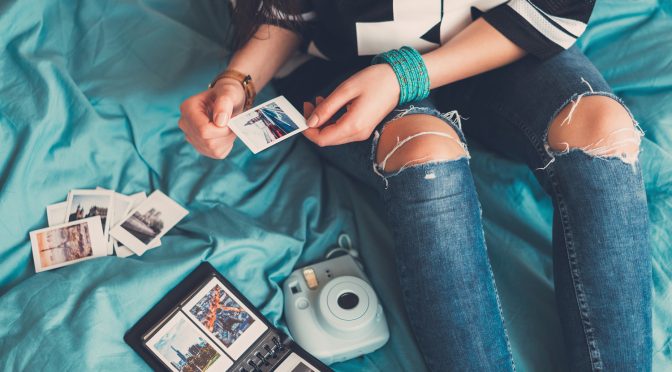 I don’t know why, but lately, everywhere I look, I see so many things becoming popular that are from “back in the day.” Yes, we all know as each day goes by, we’re getting just a bit older. We don’t feel it, but as I look back 3 or 6 months at a time, I notice subtle changes.

When I was growing up, my parents still owned a telephone that had a long swirly cord attached, and you had to sit in the kitchen to be on the phone. As time went on, I remember going to friends’ houses after school, and they had wireless home phones that they could take into their rooms.

I would go home and beg my parents to please get a wireless home phone. It took a lot of begging, but we finally got one. Now, I see that fewer and fewer people have home phones at all, and I personally miss them.

Then came the camera. As a child, my mom would purchase film for her camera, we’d take pictures, and once the film was full, we’d take it to the store and fill out an envelope with our information to pick up our pictures in a couple of days.

Then, digital cameras with an SM card came around. You could retake pictures as many times as you wanted and then choose which ones you wanted to print.

Now, most of us don’t even own cameras since we have cameras on our phones. Most people don’t even print pictures nowadays, they just save them to hard drives, social media, and the cloud. I’ve personally lost so many pictures when my phone has suddenly stopped working.

My younger sister recently had a birthday, and I asked for a list of things she might want. At the top of her list was an Instax mini camera. I had no idea what that was, so I looked it up online.

Of course, it’s the new version of Polaroid camera. Apparently, they’re the cool thing to have with all the young teens. I found it humorous that everything had come full circle. First, we had physical versions of our pictures, then we loved the digital versions, and now we want the physical versions again.

Everything really does come full circle, fashion, music, and even electronics. I myself am really considering getting a Polaroid camera so I can be part of the cool kids again.