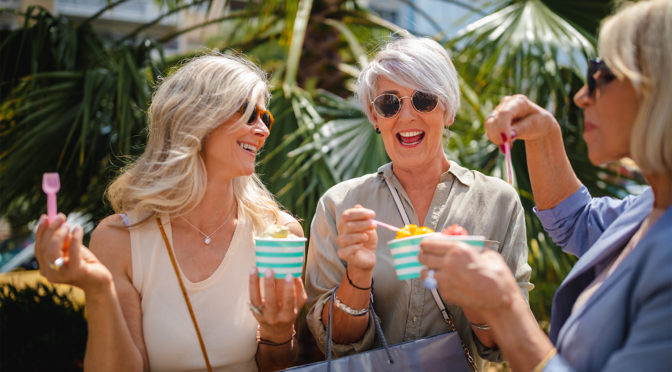 When I started working in the Medicare industry 15 years ago, I was ignorant about Medicare and insurance of any kind really. It seemed like a growth industry to me.

15 year later, I have a much more personal interest in the subject, having quite a few family members over 65. This aging thing is not as easy as I thought it would be. Things change.

I’ve made progress in the meantime. I also used to think being online and connected was not that necessary. Now I couldn’t live without it. Please note, the perception that older people don’t like to use technology is false. According to Pew Research Center, 4 in 10 seniors own smartphones, more than double the share that did so in 2013.

I’ve learned not to ask anyone how old they are unless they are under the age of 12. Even then, I would think twice about it. If anyone forces you to guess how old they are, make a fair guess, and then subtract 15 years. No one ever complains.

The Population Reference Bureau says that from 2014 to 2060, the number of people age 65 and older in the United States will more than double from 46 million to over 98 million. Surprisingly, people over age 85 are the fastest growing 10-year age group of the older population, according to the U.S. Census Bureau.

Aging is tough. Often, we have to forgo many of the activities of our youth, such as:

Morgan Gunder is a community and broker liaison for Reid Health Alliance. Born in the South and raised in the Midwest, she is a wife and mother with a passion for traveling, learning, and technology.