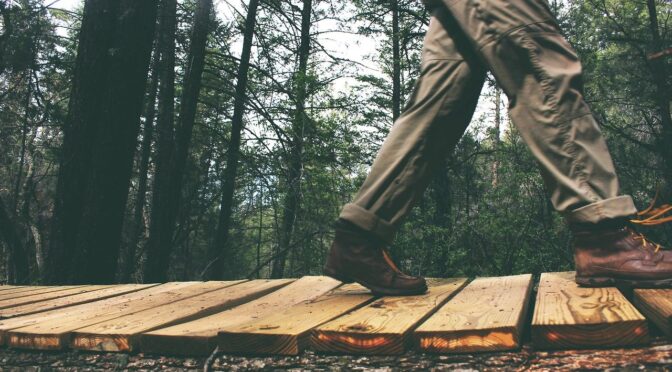 Our valley is filled with many people who have interesting stories to tell. Connie Hoyt is one of those people. She is the oldest living deputy sheriff in Yakima County.

Her story starts on a farm in Iowa, near Cherokee. Connie said that the land is so flat there that the saying is, “… a snowflake can cover three states before settling down because it’s so flat.”

We had a nice laugh about that.

She settled down with her first husband, and they adopted their daughter on Christmas. Connie talks very fondly of her daughter, and you can see that she has that mother’s twinkle in her eye when speaking about her.

Connie had aspirations to go to college to learn psychology. She’s interested in people, their behaviors, and why they do what they do. This interest eventually led her to become an intern at the nearby mental hospital with her church group. She used to play the piano when she was there, and the patients would sing and dance to her playing.

Connie’s story eventually brought her to Yakima, where she worked several different jobs. She was growing bored of her job at the time when she decided to apply for the opening at the sheriff’s office in 1968.

She got the job and was one of about 20 people, including the main sheriff and cook. That meant that there were about 20 people for the whole county, but as Connie mentioned when we were talking, the county was different in those days because towns were much smaller. There were different parts of the job to learn, and one had to adapt in order to do whatever came up at the moment on the job.

Back when Connie started, there were half a dozen women working there, and that changed about a year later, when the job opened up to more women. Uniforms also changed. They used to have to wear a blouse, skirts, and kitten heals. That all changed one winter when Connie and the sheriff were out in a snowbank, and he then understood the need for some changes.

The uniforms changed to custom-made pants, sensible shoes, a blouse, and eventually, a vest. Connie was also instrumental in starting the first shooting team for the women of the department. She noted that they used to run shooting drills.

The firearm training happened once a month, and from there, they were able to carry firearms in their purses. Connie noted during our conversation that it was different then for a woman to be a deputy. She said that people often thought it was tacky, but she didn’t care. Her intrigue for understanding why people do what they do, why people act the way they act (whether committing a crime or not) interested her, and she didn’t mind what people’s perceptions of her were as a female deputy.

Connie and her first husband eventually parted ways. Life would then bring Pete Hoyt into her story. They were coworkers and friends first, and then, loved bloomed. Pete and Connie dated for about a year and a half before marrying in 1971. Connie says that Pete was an undersheriff for about 15 years and loved the work of the job.

Sadly, Connie lost Pete in December of 1999 after being married 28 years. She lovingly showed me pictures of him, one of both of them and one of just him. He looked like a very kind and strong soul, and they looked very happy. I think it was the smile on her face when she talked about him, as well as a wonderfully smiling couple in one of the pictures, that solidified this thought for me.

Connie eventually retired in 1983 from the Yakima County Sheriff’s Office.

“You don’t know what’s going to happen next or where you will be next. I loved it,” she said, reflecting on her journey.

She also mentioned that the training is still with her. When going out, she’s very aware of exits. She sits where she can see the door, and she’s aware of those around her.

“I always pay attention to who’s between me and the door,” she said.

Recently, there was a big meeting where the new sheriff presented flowers to her for her service and for being the oldest living deputy sheriff in Yakima County.

“Life has been wild. Good, bad, and all the in-between,” Connie said.

I happen to agree. Well said, and congratulations, Connie, on your achievements!

Breck Obermeyer is a community liaison with Health Alliance Northwest, serving Yakima County. She is a small-town girl from Naches and has a great husband who can fix anything and 2 kids who are her world. Like this article? Feel free to respond to VantagePoint@healthalliance.org. Thanks for reading!